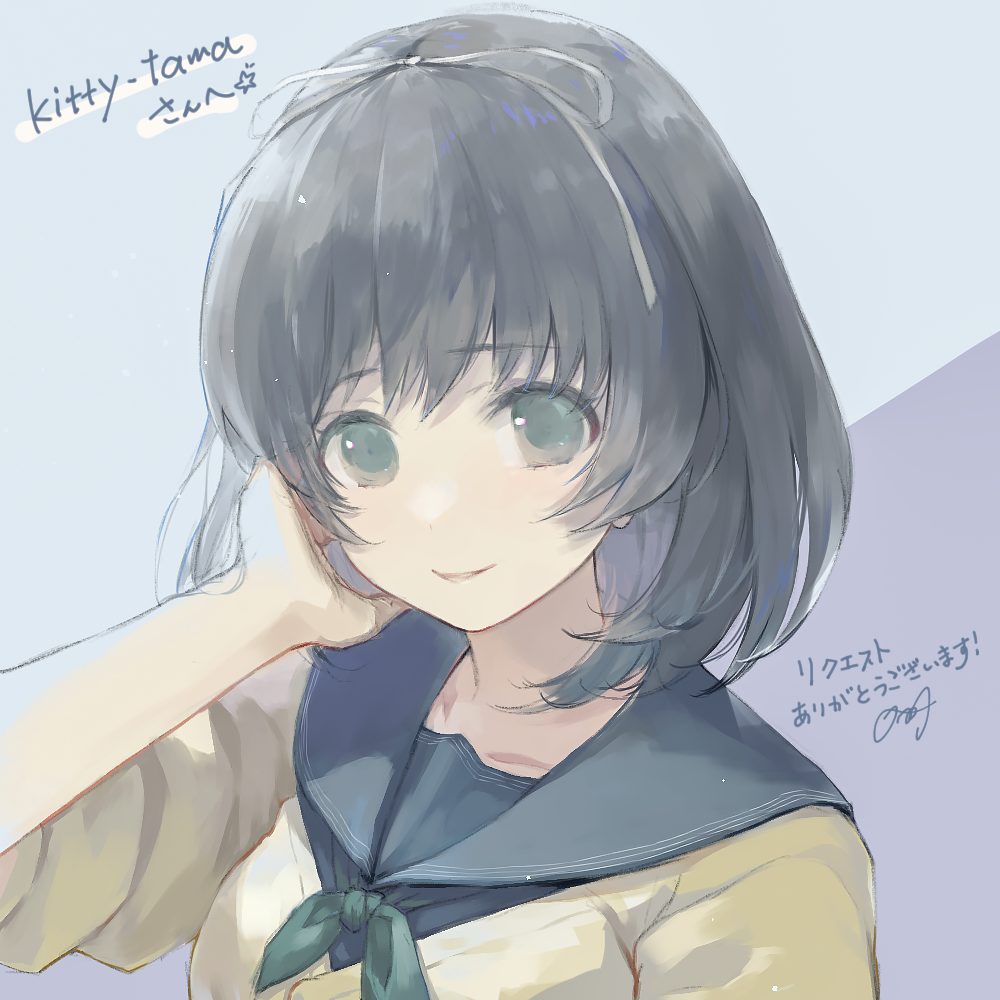 It's my wife! I really love Kanae Hokari from CLOCKUP's hit VN, euphoria. She means the world to me, and I could babble on forever as to why I adore her the way I do. Sure, Nemu is a cool heroine and all, but Kanae is special in her own little way. Please be forewarned that this page contains spoilers for CLOCKUP's euphoria, so do not scroll any further if you don't want to be spoiled on the story!

Arguably one of the most fascinating elements of euphoria is how the characters aren't always quite what they seem--though at first glance they may appear to be stereotypical, Asou Ei makes magic of writing heroines you truly come to care about over the duration of the story. Even if said story is often quite brutal. Kanae starts as the sweet, caring childhood friend, so concerned about Keisuke in the walls of the white hell. Of course, she isn't really aware of his sadistic tendencies, but she's unwavering in her support of him. Initially, it was this gentle, caring childhood friend aspect that really got me attached to Kanae. No matter how hellish things got, she was there for everyone, acting as a beam of support. In a way, it felt as if she were perhaps supporting me through my own struggles. Cheesy logic? Oh, absolutely. But it's very true.

Naturally, as stated above, the characters aren't all they seem, and Kanae is perhaps the best example of this: in the true end, it's revealed that she's actually the mastermind behind everything, she isn't even the sweet, doting childhood friend she made herself out to be. With every smug sneer, every rude comment aimed at Keisuke, every moment of manipulation to toy with Keisuke and fuck with his head, I didn't find myself becoming repulsed by this new Kanae. Rather, I was intrigued. Deeply so. What could possibly make someone turn into such a person, I wondered as I made my way through the true end, the very heart of euphoria. Many fans rightfully call Kanae a "bitch", "pure evil", and so on. I mean, she does some truly horrific things! But to be honest, I just can't see her in that same way. Call it my perhaps overly sensitive soul at work, but all I could think was what could be the potential motivator for her to act in such ways? My guess, and it's stated by Natsuki in the epilogue post-credits to a degree as well, is this: Kanae's parents were intensely focused on the Sleeping Beauty Project. They devoted much of their time to it, and less so to caring about Kanae. It raises the question, if Kanae had been properly nurtured by her parents, would she be closer to that sweeter childhood friend act she played throughout the rest of the game? I suspect perhaps, but even in her true, raw state of slight bitchiness, I can't help but find her beyond captivating.

Unfortunately, the epilogue decided to kill her off, so you never really get to see Kanae expanded upon the same way Nemu was. But to be honest, and this is more a side note, I wasn't fully satisfied with Nemu's development in the true end. It felt more like we were being told why we should care about her as opposed to the story moreso showing us why Nemu should be so loveable in her true form. I mean, I know you see scenes from her POV in the true end, but I still feel Kanae's character transition from sweet childhood friend to villain was a tad less jarring. Maybe it's because Kanae's route leads into the true end, so you've already been spending more time with her versus Nemu? This is all a side tangent, though.

I could go on forever, but these are just my most basic rambling thoughts as to why I love Kanae so much. I may update this page later with more thoughts and expand on them.